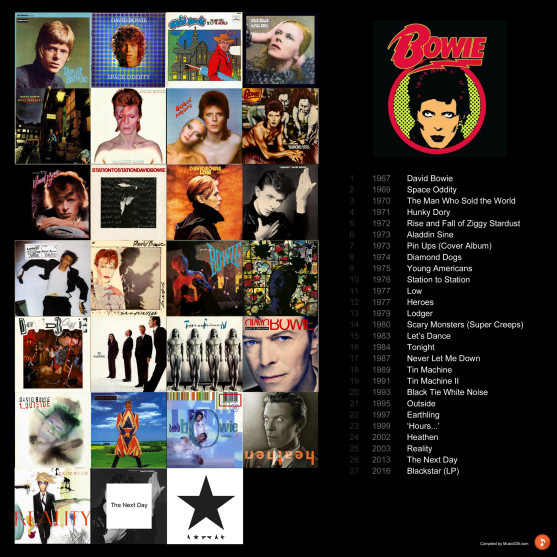 David Bowie’s (January 8th, 1947 – January 10th, 2016) passing this week was felt around the world.  His ground-breaking career included 27 studio albums, though references have been made to Blackstar being Bowie’s 25th album.

Here’s our tally of his actual studio records including the covers album Pin Ups from 1973.

We use cookies to ensure that we give you the best experience on our website. If you continue to use this site we will assume that you are happy with it.Ok