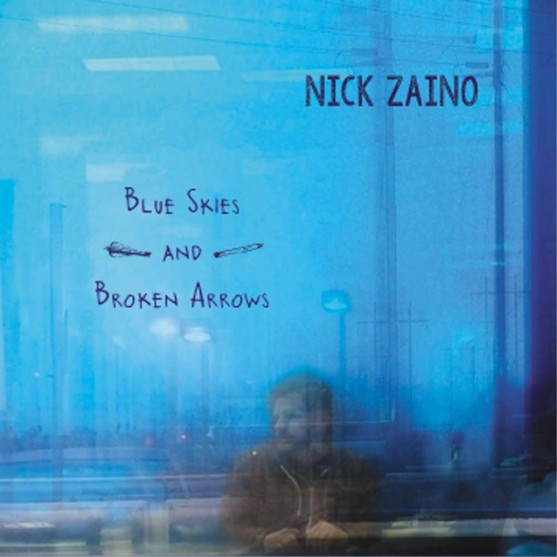 “Live Through You”
From the album: Blue Skies and Broken Arrows

What’s this song about and what was the inspiration?
“It changes perspectives on me sometimes, but it’s essentially a tongue-in-cheek story about what you’re able to navigate on a daily basis, just trying to keep yourself going. You get through all of the little things, and then maybe you surprise yourself when you’re able to withstand the bigger things. ”
Who wrote the music / lyrics and what was the creative process on this song?
“I wrote the music and lyrics. Musically, it was influenced by a bouncy, twangy sound you can hear in songs like “Up on Cripple Creek” by the Band or a lot of stuff by Kenny Roby and SIx String Drag. I started out as a drummer, and Levon Helm has been particularly inspiring to me the past several years since “Dirt Farmer” came out. Lyrically, it started with the chorus, specifically the line, “I’ve seen my blood enough to wonder what could do me in.” This ties in with the inspiration from the last question. I had a few health problems, including being diagnoses with Type II diabetes about five year ago. I also had a hospital stay in 2005 when I was bleeding internally (sorry if that’s disgusting to anyone). It was to the point where I could have bled out, but then they found the problem was simple and corrected it. So when I looked at everything that happened over a f ew years, it made me wonder, if I got through all that, what will it take to kill me? Apparently, I’m fairly durable. Flawed, but durable. “
Where was it recorded and who was it produced by?
“I recorded this at the Moontower Studio around back from Q Division, tracking the bass (Chris Harvey), drums (Sean Cahalin), and piano (NICK D’Amico) live, all playing along with me doing what turned out to be scratch guitar and vocal parts. The band was fantastic – they’ll be backing me up at the Midway Cafe May 1 for the full-band CD release show — they had never played the song before we got into the studio, and we only rehearsed it a couple of times before putting it down on tape. My wife, Melissa Morris, produced it with me and sang backup. She’ll also be singing at the Midway show. It was engineered by Chris Johnson, who was also great. He made the whole process of recording and mixing the album easy. He’s good at what he does, and relaxed. What more do you need? “
Where does this song fit in your live act?
“It’s a good opener. It gets people moving a bit, and there are a couple of laughs in the lyrics, if you’re listening for that kind of thing. It sets a good tone. But it’s good to switch things around. I have some songs that seem to want to be played at the beginning, and a couple that feel like they belong near the end. “

Visit Nick Zaino’s page on MusicIDB.com to learn more about them.