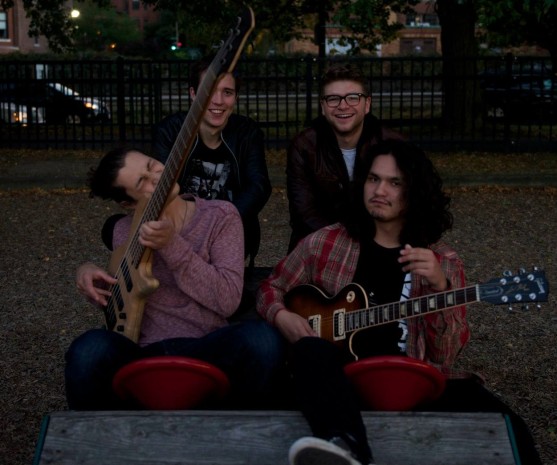 Broken Capitals is a Rock group from Boston, MA.

What’s this song about and what was the inspiration?
The song is about our first time coming to Boston. We came to Boston around a year ago from different parts of the world to study at Berklee College of Music and it was a bit of a culture shock for all of us. The song is about all of us breaking out of our shell and realizing theres a world out there other than where we previously hailed from. Although things may be uncomfortable and strange, we embrace new opportunities.
Who wrote the music / lyrics and what was the creative process on this song?
Most of our songs are a collaborative effort. For Should’ve Known, I wrote the riff/chords and our previous drummer came in with some rough lyric ideas. Our singer, Nick, fine tuned and changed around some lyrics. We all pitch and throw in our ideas which I believe comes out in our music.
Where was it recorded and who was it produced by?
It was recorded at the Record Company at 960 Mass. Ave. Our good friends Guilio Cercato and Jason Strong were involved with the mixing and mastering of our EP. The band self produced the album.
Where does this song fit in your live act?
I think we generally keep this song around the end of the set. We like to end things out with a bang.

Visit Broken Capitals’ page on MusicIDB.com to learn more about them.