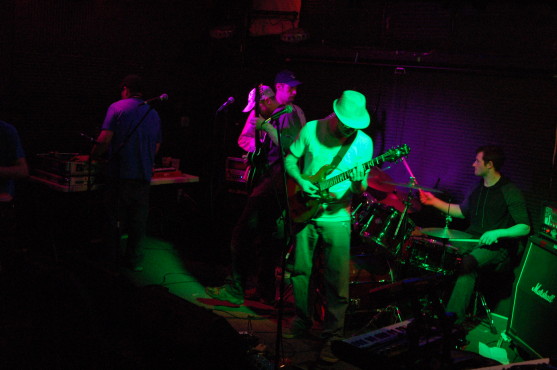 Anyone who enjoys the night life of New England knows that live entertainment is a common staple of most venues and bars. From the center of Boston to downtown Lowell, the local music scene is booming with local bands forming and creating a strong local presence.  However, the recent surge of bands being formed (and the lack of a parallel surge in venues) has brought with it a great deal of risk and stress in the booking of local music.  So, What problems are bands facing?  What caused this surge in bands?  How is this causing problems for venues?  and how can we help?

The music industry is seeing a specific type of growth.  According to Techdirt,  Independent musicians have risen 71% over the past 10 years, far surpassing the number of label-employed musicians.

This rise in bands can be attributed to the growing number of online tools for bands to create, and distribute their music, everything from Soundcloud to Facebook has made it easier for bands to create a powerful online presence.

“From 1999 to 2009, concert ticket sales in the US tripled from $1.5 billion to $4.6 billion, vastly exceeding the growth of inflation and population growth.” – Forbes

At the same time, concert ticket sales saw a huge boost.  According to Billboard, gross ticket sales were up 30% in 2013, and attendance was up 27%.  It’s not surprising.  Digital Music News found that on-demand streaming is up 34.7% from last year, and download sales are down 13.3% in the first quarter of 2014.  Live entertainment is the last bastion of the music industry that cannot be downloaded.

These big changes mean that the previous method of booking and promoting local bands is going to encounter some problems when going up against this new wave of artists, and wave of fans that want live music.

The first and most important question, is what are the drawbacks of bands promoting themselves with the services currently available?  Why bother switching?  The old method of booking live entertainment involved bands contacting all the local venues, sending out press kits, hoping for calls back, and then having to sell a number of tickets in order to play the show.  Most would agree that with the tools available to bands nowadays, this method is no longer ideal.

Typically, local bands are creative individuals who are looking for ways to get their work heard by an audience, and are not in a position to the able to spend a huge amount of capital to get the word out.  Some companies claim to solve this problem by offering to create online press kits that can help the band promote themselves to small venues and bookers, but they often conveniently leave out the monthly fees for maintaining it, and the bombardment your inbox will suffer with shows that you had no interest in playing, or would even be the right kind of act to play.

And even when you get a message about a gig that you might be interested in playing?  You can expect in many cases to have to pay to play it.  Pay to Play (The live music equivalent of Payola), has become a de facto model for booking smaller shows, requiring the bands to sell a certain number of tickets in order to play, and having to pay the difference for the ones they don’t sell.  And while Musicthinktank outlines how in certain situations, pay to play might work, it simply isn’t sustainable as an industry standard, especially not at the rate bands are being formed.

It’s not only the bands that end up missing out due to these recent industry changes.  The venues and promoters need tools to easily book local acts, and promote the shows to the community.  Venues and promoters currently promote their shows through their Facebook pages, rely on online event calendars, and other print media to promote their shows.  But with the growth of independent bands, Facebook might not have the right tools for event creation, and those other methods of promoting might not be reaching the right people.

No vital booking and promotion tools

While Facebook is great for inviting friends and sharing events, there are few tools that are useful for the person who booked and promoted the event.  With no way to keep track of the draw, manage event agreements, or keep track of private event records, promoters and venue owners simply need more.

No collaboration between acts doing self promotion

Often the bands that are playing will self promote in addition to the venue or promoter making posts about the event.  While in theory this would be great for the event, it can cause unforeseen problems for the venue manager.  No collaboration in promoting means the number of people who show up can’t be accurately predicted.  The owner could hire too many, or worse, too few employees to run the establishment for the night.

There is no guarantee who is going to see your promotions

Promoters need to reliably know the reach of their marketing efforts.  The current methods of marketing live music have to go beyond a simple Facebook post.  The local venues have to use other methods to get the word out, such as street teams, e cards, email newsletters, and various other forms of print media.  These marketing methods can be taxing and time consuming for venues that have frequent shows but still need to let people know when the shows are, and these methods need to be perfectly placed in order to reach the right people.  There needs to be an easier way.

No “database” for local music, venue owners and promoters have no network, or frame of reference.

Any promoter searching for new bands to add to their set list might not know the exact band, but they definitely know exactly what type of act they’re looking for.   Facebook has no way to narrow down the search through those parameters.  There’s no way to search by genre, by whether or not the band does covers or originals, or any other information relevant to a promoter.  Other than word of mouth, it’s very challenging to hear about new artists organically, especially ones that you need to fit your bill for a show.

Another big issue promoters and venue owners face is knowing if an act is going to draw enough people to fill the venue.  If venue owners had more reliable draw prediction, they would book better shows, and bands would benefit by having more gig opportunities.

So we are left to ask, What kind of system benefits everyone?

This industry, especially for smaller promoters and bookers is a knowledge-based game. There is a pressing need for a networking database of local bands and venues to foster these growing trends and ensure that everyone benefits. The more unnecessary risks everyone has to take, the worse off we are.  MusicIDB offers as much knowledge as possible to the promoters about the artists, and offers as much knowledge as possible to the musicians and about the venues and promoters.  Time is valuable to everybody, so a central place to search everything is a handy tool to have.

A big challenge for promoters is finding bands that are out of market, so a platform of the music industry would be very useful to a venue that was looking to fill its live dates with unknown acts.  Not only would this be good for promoters, but it would be the perfect tool for bands that are looking for gig opportunities.  We offer a crucial tool for promoters that are looking for out of market bands.  The wiki database offers a resource for finding new talent, and a way to contribute to the database with artists of their own, making it even more useful for the next person to use the site.

Whenever a user clicks the “Promote” button on a gig they created and booked, all users will see the update about the show.  We understand that people are on MusicIDB because they want to be as current as possible on live music, so promoters know their marketing is reaching the right people.

This is a set of tools that will become indispensable for the shows that are going to be booked in the future.

What do you Think?

What are the biggest problems you’ve had with booking local music?  It doesn’t matter if you’re a band, a promoter, or just a fan of local shows.  Tell us what would make it easier to foster the local scene and we can talk about it!

Let us know what you think about the tools we’ve made.  We want to solve these problems and the only way to find out if we have is if you let us know!