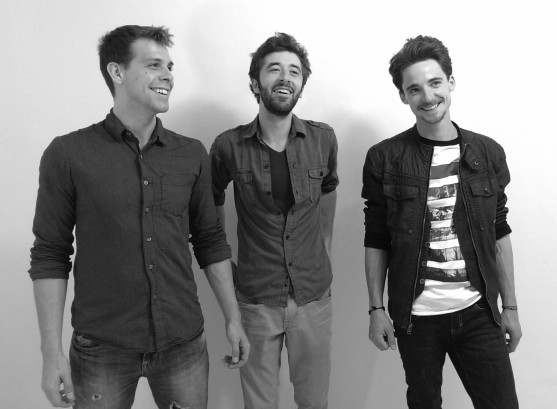 “Bad Co.”
Performed by The Band Apollo
Written by JJ and Jtru
Year of Release: 2012

The Band Apollo is an Pop Rock Group from Hallowell, Maine.

What’s this song about and what was the inspiration?
The song is about someone who starts hanging around a new crowd…but maybe not such a great crowd – some bad company perhaps? (not the band! I’m sure those guys are great!) Things get heated and before they know it, they’re over their head.
Who wrote the music / lyrics and what was the creative process on this song?
The song is the first official song JJ and Jtru wrote together. It was an idea that started out as a piano and drum jam and was finished later that same night. We’d like to thank red wine and insomnia!
Where was it recorded and who was it produced by?
The song was recorded at Brown Owl Studio in Nashville, TN. It was produced by Grant Norsworthy and Darrell Lehman.
Where does this song fit in your live act?
Our sets change quite frequently. However, this is usually one of the first songs we play.

Visit The Band Apollo’s page on MusicIDB.com to learn more about them.