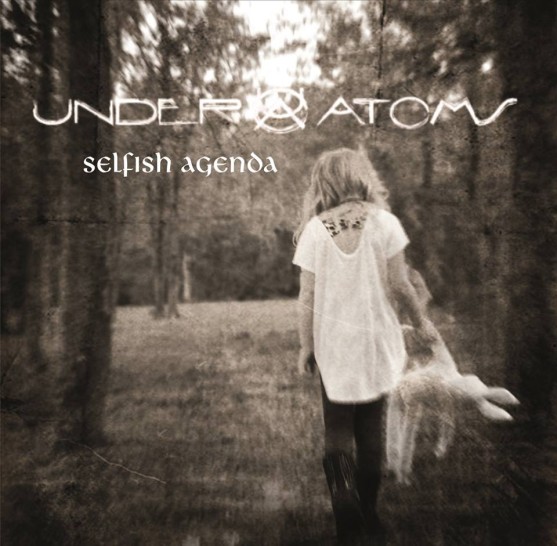 Under Atoms is an Indie Progressive Alternative Rock Artist from Salisbury, MA.  This is an interview with Heather Taskovics.

What’s this song about and what was the inspiration?
‘Nothing for Now’ is about realizing that after everything you’ve been through with your partner you’re still together and always will be…now and forever. The end. When I was writing the lyrics, the words just kinda flowed in without warning. It’s about all relationships–past, present, and in the next life.
Who wrote the music / lyrics and what was the creative process on this song?
The music was a collaborative effort from everyone (as is typically the case with us). I wrote the lyrics. Nothing for Now came about one night during rehearsal when the guys were just messing around with a song idea. I started “la, la, la-ing” over it then worked on the lyrics at home. Voila! A song is born!
Where was it recorded and who was it produced by?
Christian (Under Atoms bass player) recorded all of the instruments at Dave’s (Under Atoms drummer) house and in his home studio (The Penguin Habitat). Then we brought me into Zippah Recording in Boston to record the vocals, then mix and master the EP. Brian Charles and Annie Hoffman recorded and helped produce the EP. They really do amazing work. It was so much fun working with them!
Where does this song fit in your live act?
We usually perform it somewhere near the start of the set, all the way to near the end. Depends on how we want to overall set to be performed.

Visit Under Atoms’ page on MusicIDB.com where you can find the lyrics to this track and learn more about the artist.