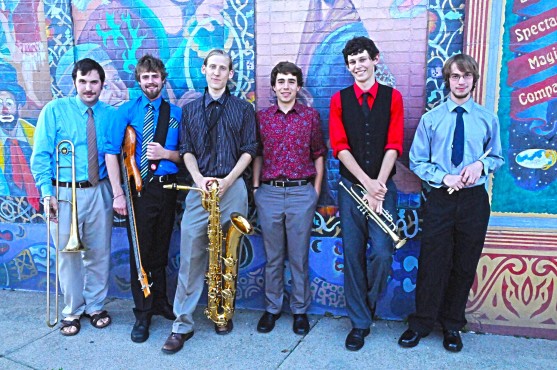 What’s this song about and what was the inspiration?
We were going for a 70’s cop show feel with elements of “Hey Arnold!“
Who wrote the music / lyrics and what was the creative process on this song?
It started with Ben’s bass hook at a rehearsal.  We wrote the head later and asked DJ Icculus to come spin on the track.
Where was it recorded and who was it produced by?
The band recorded this song right before our brief hiatus in September, 2013.  It’s off of “The Four Finger Stomp EP” we released this December, when we got back together for a few shows.  It was recorded and produced at Woodshop Productions in Andover, MA.  The engineer was Charlie Borruso, who we met through The Romano Project.  Charlie does a great job, and it’s a nice environment in his studio.