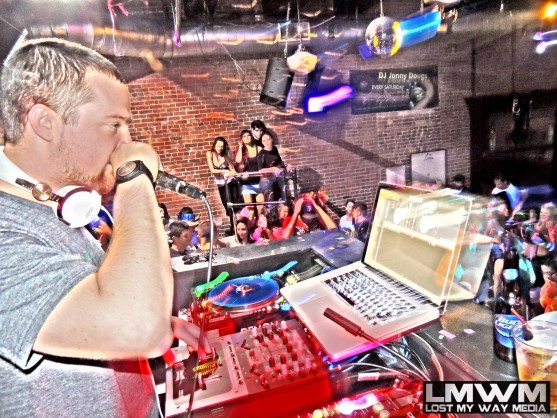 Is the Electronic Dance Music surge in popularity in the US to stay as a permanent genre, or is going to come crashing down like Disco did in the 70’s? In 2012 the American Music Awards added a new genre category called “Favorite Electronic Dance Music.” Also, in 2012 the Grammys renamed an award category to “Best Dance/Electronica Album.” EDM is everywhere these days, sometimes without you even knowing it. Most popular TV commercials feature EDM artists. If you happen to be scrolling through your car radio stations lately you might have come across Boston’s new EDM radio station: Evolution 101.7FM. Most national pop artist on the top of the charts these days (Usher, Justin Bieber, Lady Gaga, Jennifer Lopez, Pitbull) all feature EDM artists like David Guetta, Deadmau5, Calvin Harris, Skrillex, Swedish House Mafia, Avicii and Tiesto.

These DJs have become the new rockstars. There are thousands of groupies that follow them around, there are drugs and parties everywhere. Instead of the rockstar saying “sex drugs and rock n roll” it is now “sex, drugs, and dubstep.” Just replace the guitars and drums with MacBooks and digital turntables.

With the shitty state the music industry is in these days, with record sales falling every year and digital downloads only increasing in small percentages, EDM is thriving. Just as big rock stars use to do back in the day, EDM DJs are making their money doing live performances. Promoters and booking agents know that a good EDM DJ will sell out festivals and clubs, and the DJs can thus charge big fees for appearances. Just as rockstars use to do, EDM DJs start in their garages, at local bars, clubs and private functions and work their way up. A good DJ can make a club a ton of money. They hold people in the room all night, where with a good band, people will come to see their set then only half of them stay to see the following act.

Festivals like Ultra Music Festival, Lollapalooza, and Bonnaroo draw EDM crowds of over 100,000. At Bonnaroo if you ask fans “who are you most excited to see this weekend, The Red Hot Chili Peppers, Mumford and Sons, or Skrillex?”, 9 out of 10 will say Skrillex.

So by now I think I have gotten my point across that EDM is huge and is everywhere. But the million dollar question (actually for the music industry it’s a billion dollar question) is, “is it here to stay?” I would say yes! It is hugely popular with the younger generation, and the mainstream validation EDM has been getting only further confirms that Electronic Dance Music is here to stay. Let me know your opinion below.